It was back in 1964 that Bayliss Engineering, as it was then called, sold its first autovent. The story, however, started a few years earlier when the founder of the firm, Bert Bayliss, who was a keen gardener, was standing in his greenhouse with his son Ken, a newly qualified engineer with an interest in design.

Bert was in the process of opening the greenhouse windows and a chance remark to his son about wishing these vents could be opened without him having to walk down the garden to do it himself, led Ken to design the first Bayliss Autovent model, the Mk 1.

Bayliss Engineering, now called Bayliss Precision Components had been founded in the 1930s after the owner Mr H.D. Bayliss, bought machinery and tools to service his fleet of buses which ran between Ashbourne and Derby, and is still a precision sub-contract engineering firm today.

During the Second World War it was engaged in making parts for the Mulberry Harbour, used during the D Day Landings, parts for bomb testing tanks and axles for Jeep trailers. After the war, the machines were put to use making parts for televisions and pins for coal cutting machines. Ken therefore, had the equipment and machinery he needed for making the first prototypes of the Bayliss Autovent which eventually went on sale in 1964.

Ken designed the present Mk 7 range during the 1980s and early 1990s with variant models being introduced more recently to cope with the extreme weather conditions being experienced in the UK.

Today our units are exported all over the world: to the USA, Canada, Northern Europe, Australia and New Zealand, and are used for all sorts of applications that need automatic ventilation, not just greenhouses! They have been fitted in conservatories, radar cabinets, chicken hatcheries, pig weaner kennels, swimming pools, equestrian rings, and one has even been fitted in the engine room of the Thames Barrier.

Our open minded and flexible approach, in addition to our precision engineering expertise, means we can also offer bespoke designs for more specific requirements – we have recently been involved designing a prototype for a National Trust project in the south of England, opening heavy sliding roof windows in a Victorian design conservatory.

The company is presently headed up by Ken’s son and daughter, James and Sara, and employs about 25 people. As well as making the autovent, we sub-contract parts for the gas and water boards, the automotive industry and parts for cement mixers. 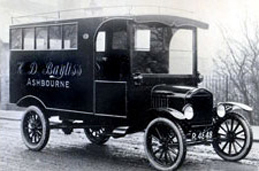 Bayliss Autovents and Autovent Spares can be purchased online, worldwide.

Prices are shown without VAT, which will be added at checkout to UK and EU customers.

Cookies: We use cookies to give you the best experience on our website. This includes cookies from Google Analytics and third party social media websites if you visit a page which contains embedded content. Cookies are disabled by default until you choose to accept them. You may change your preferences at any time.
Accept
Read more